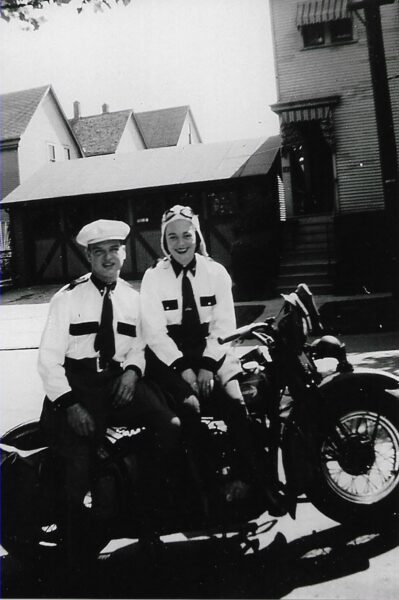 “I may not have been the smartest in my class, but I worked hard,” reflected Allene Barans of her time as a young student in Western New York. Allene was named after her parents- her father, Alexander, who ran an auto garage, and her mother, Irene, who worked in an office – both of whom were avid motorcyclists. They instilled in Allene the importance of education, and she and her brother attended grade school at Infant of Prague in Cheektowaga, and Catholic high schools.

Allene eventually became a high school science teacher, where she sat through many award ceremonies in which the same students received all the awards. “I wondered where the awards were for kids who used their God-given talents to the best of their ability and just worked hard,” she said. Believing that students should be recognized for more than just academics, in 2004, Allene established a scholarship fund at the Community Foundation, and named it after her parents to honor their legacy.

Since that time, Allene has found numerous creative ways to grow the fund, including donating savings bonds and stocks, and selling some of her parents’ motorcycle memorabilia with proceeds going toward the scholarship. “I hope that it will grow to the point where it will pay for every recipient’s entire tuition costs,” Allene said. While the scholarship was originally established to support graduates from Infant of Prague Grade School who would attend a Catholic high school, when the school closed, the Community Foundation helped Allene find another educational institution that aligned with her charitable goals. Today, the Phillips Scholarship benefits graduates of Ss. Peter and Paul School in Williamsville.