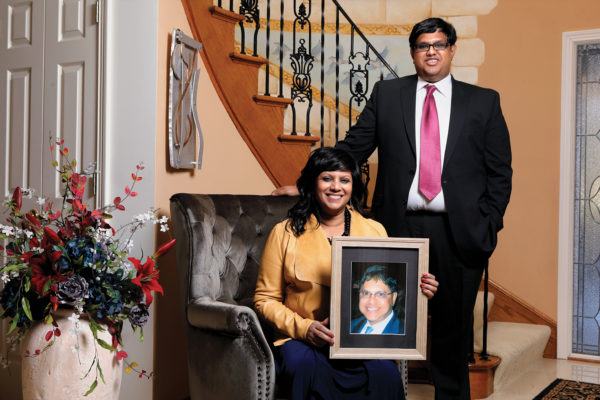 “Do you feel that what you do has meaning?” That is a question Priya Pinto recalls her late husband, Michael, asking her one morning, and something she thinks about often.

Priya was born in China, and spent the formative years of her childhood in India. As a young woman, she met Michael, who came from a middle class family, but had been given the opportunity to advance his education to become a CPA. They married and started a family. Soon after, Michael headed to the United States to enroll in the Wharton School of Business. With their two children, Alok and Ruchika, in tow, Priya followed a year later, and upon Michael’s graduation, they moved to Western New York when Michael was offered a position with M&T Bank and Priya started her career in human services.

“When we came to the United States, we had nothing, but somebody gave us a chance,” said Priya. Because of this, as the couple advanced their careers in their respective fields, they felt a strong desire to give back.

After researching ways to make the most of their charitable dollars, Michael and Priya worked through their attorney and financial advisor to establish the Pinto Foundation Fund in 2003 at the Community Foundation to support education.

When Michael passed away in 2014, Priya, Alok and Ruchika took a more active role in determining grants from the fund. “My parents taught me that if you have the means, you should be pushing yourself to give back,” said Alok, who volunteered throughout his time in college, law school and the Peace Corps.“The Community Foundation offers you a broad perspective and then lets you drill down on what you want to focus on, and our family’s giving goals have widened since my father’s death.”

The Pintos feel that partnering with the Community Foundation has given them a deeper connection to Western New York, as well as the opportunity to support other regions as they look ahead.

“We are able to give in the way that is most meaningful to us. To be able to do that with confidence in the management and trust in the expertise that is provided by the Community Foundation – I would not have it any other way,” said Priya.