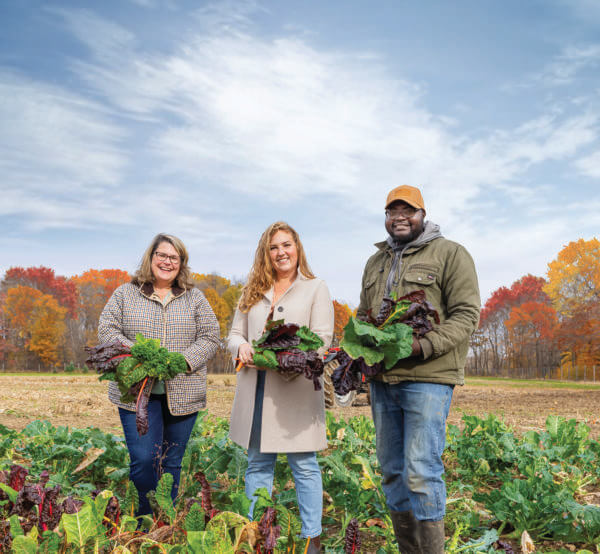 Cultivating a family tradition of giving back

“We try to be good community members. That has always been a mandate in our family,” reflects Paige Dedrick Thompson. Paige and her younger brother, Bram, grew up in Western New York, the children of Paul and Eden Dedrick. From them, she learned the importance of giving back.

Paige’s parents met while Paul was running a dairy farm in Delevan, and Eden was a college student working in the local toy industry with her own father. They began dating in 1985. The following year, they founded Buffalo Games and, more than 30 years later, sold the thriving business.

The Dedricks knew they wanted to make a charitable gift with the proceeds and include their grown children in their giving. “After the sale of our business, we hoped to begin something that would be more impactful than anything we had been able to do before, and to be plugged in with localized giving initiatives,” said Eden.

After discussing the Community Foundation with their attorneys, who were familiar with its work in the region, Eden and Paul established a fund in 2018, and they put their children in charge of making all grant decisions. The Dedrick Family Foundation supports various causes that are important to all four of them, including racial equity and the environment.

Through the Community Foundation, Paige and her brother have continued their learning about philanthropy, and their family has been able to connect with and support local organizations like Providence Farm Collective, which works toward cultivating farmer-led and community-rooted agriculture and food systems to actualize the rights of underserved people.