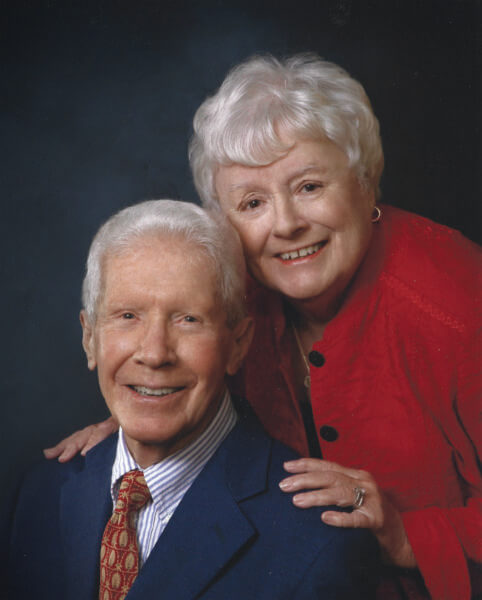 A gift that will  bloom forever

Wilfred (Will) and Joan Larson were high school sweethearts who met in Brooklyn, New York, and married in 1949. The couple started a family and moved around as they advanced in their careers, landing in Buffalo in the early 1980s when Will got a job with Bristol-Myers, where he worked until he retired

The Larsons were active members of the community, and Will served on many nonprofit boards, including the Buffalo Philharmonic Orchestra. Upon retirement, the couple moved
to Naples, Florida, and spent their summers in Leland, Michigan, but Buffalo always remained near and dear to their hearts.

When it came time to plan their charitable legacy, Will and Joan wanted to be able to continue to support performing arts, conservation and education in the three communities they called home. To maximize their generosity, they worked with their attorney to transition their private foundation to the community foundations in all three regions that were important to them, including the Community Foundation for Greater Buffalo.

“From Will and Joan’s perspective, this made the most sense. They could make grants while they were alive and support the areas they cared about after their passing, forever,” explained the Larsons’ close family friend and attorney, who was asked by Will and Joan to make grant decisions in their names after their lifetimes. Their attorney appreciates that the Community Foundation handles the administrative burden so clients can focus on their giving.

Now that both Will and Joan have passed, their fund at the Community Foundation supports nonprofits and causes that were meaningful to them such as cultural organizations, access to educational opportunities and the environment. “Will and Joan always felt an obligation to help every community that they were a part of,” noted their attorney. Through the Community Foundation, their generosity will live on forever.