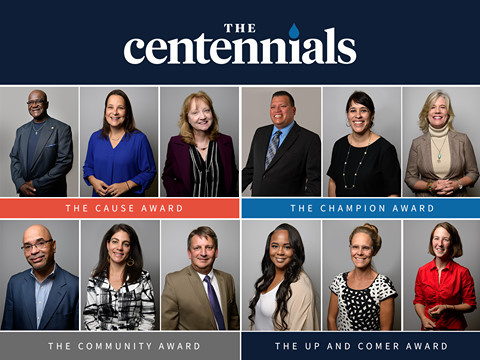 Eight finalists were honored with $25,000 each to make a one-time grant to a Western New York nonprofit of their choice. Four endowment winners were honored with $100,000 to make a one-time grant and an additional $100,000 to set up an endowment at the Community Foundation to make grants in their name, forever. One of the finalists, Karen Nicolson, chose to use her $25,000 to create an endowment to benefit the Center for Elder Law and Justice.

The Cause Award – This change maker has dedicated time and passion to addressing a pressing issue facing our region.

The Cause Award Endowment Winner:

James Giles awarded his grant of $100,000 to Back to Basics Outreach Ministries.

The Cause Award Finalists:

Karen Nicolson created an endowment with her $25,0000 grant to benefit the Center for Elder Law and Justice.

The Champion Award – This change maker has made a meaningful change for a group of people.

The Community Award – This change maker saw the hidden potential in a place and took a leadership role to transform it.

The Up and Comer Award – This change maker is an emerging leader currently mobilizing action around a place, an issue or people.

The Up & Comer Award Endowment Winner:

The Up & Comer Award Finalists:

Megan McNally awarded her $25,000 grant to The Foundry.

The Community Foundation received over 500 nominations for the Centennial Awards through a community-wide process announced in January. The 12 finalists and winners were announced at an event in September. These individuals, who exemplify what it means to ignite hope and possibility for the future, were honored with a total of $1 million.

These grants will impact all eight counties of Western New York and support a wide range of efforts, including helping refugee women earn a wage, improving racial equity and building deeper understanding of the Native people, and helping women to escape human trafficking. Learn more about all 12 change makers at www.centennialawards.org.