Home / News and Events / Honoring Our Clients Past, Present and Future: Robert and Sylvia Coles 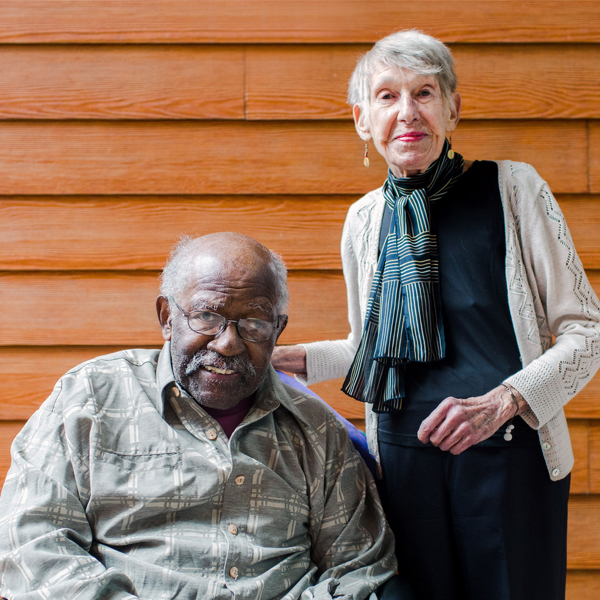 If you are from Western New York, you have likely been to Alumni Arena at the University at Buffalo. Perhaps you have visited the Merriweather Library on Jefferson Avenue or the John F. Kennedy Community Center on Hickory Street. What you might not know about these recognizable local buildings is that they were designed by the same architect, Robert Traynham Coles, whose own home that he built on Humboldt Parkway, was designated a historic landmark in 2011.

Robert grew up in Cold Springs on the east side of Buffalo. He attended Buffalo Technical High School, moving on to study architecture at Hampton College where his parents had attended. Upon returning to Buffalo for summer break, Robert picked up a newspaper. “I was at my parents’ house, and I noticed an ad about Edward H. Moeller who had left a set amount of money for scholarships for people who were studying in architecture of the arts, and who lived in Western New York,” he said. “I was probably one of the first persons to apply and receive a scholarship. The scholarship, which was administered by the Community Foundation, allowed Robert to continue to pursue his dreams at the University of Minnesota.

“The Muller scholarship meant that I had a source of income that I would not have if I had depended on my own resources, and I also used it to pay my living expense,” Robert explained.

In Minnesota, Robert met his wife, Sylvia, and the couple headed to Cambridge, Mass., where Robert continued his education at the Massachusetts Institute of Technology, and they started a family.

The Coles returned to Buffalo after an architecture firm came calling, where Robert’s work earned him numerous awards as he aimed to create inspiring designs. His buildings ranged from small, residential structures to major developments that ranged from transportation complexes to schools.

Now both approaching 90 years old, Robert and Sylvia felt they had more resources than they needed to take care of themselves and wanted to give something back. Their attorney suggested they look at the Community Foundation, and through that partnership, the Coles have made plans to establish a scholarship fund that would benefit students of color looking to pursue a career in architecture.

Robert, who as a teen, received a scholarship administered by the Community Foundation that allowed him to follow his dreams, felt this was a meaningful way to give back to the community that has given so much to him.