Home / News and Events / Leading the Way in Lead Work 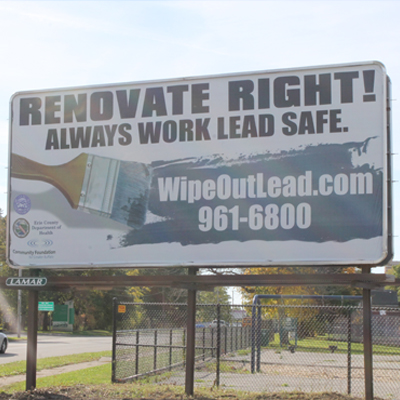 Many of our clients rely on the Community Foundation as a source for solutions to create long-term transformative change in Western New York. One challenge our community faces is lead poisoning due to our region’s aging housing stock. Over 90 percent of Buffalo’s housing was built before 1978, the year that lead paint was banned. Lead poisoning from chipped or peeling paint is especially dangerous for children under the age of six because it causes permanent brain damage impacting their ability to succeed in school. The good news is that lead poisoning is preventable and there is a highly engaged group of cross-sector partners, led by the Community Foundation, which is working to address this issue. In 2008, the Community Foundation launched its efforts and began serving as the backbone organization for this work.

In March 2018, the Community Foundation, on behalf of a dedicated group of partners including the City of Buffalo and Erie County, was pleased to share a first-of-its-kind Lead Action Plan with the community. The report detailed a common understanding of the landscape for lead exposure and made strategic recommendations to eliminate lead poisoning in Buffalo and Erie County. A Lead Safe Task Force was formed to see through the report’s recommendations. Here are a few early highlights of the group’s work: 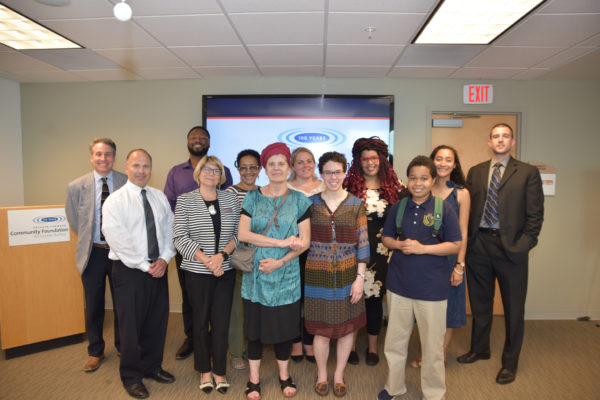 On June 18, the Community Foundation hosted “Shining a Spotlight on Lead Hazards,” an event that addressed how the Community Foundation is working with partners to prevent children from getting poisoned in their homes. The salon featured Matt Ammon, Director of HUD’s Office of Lead Hazard Control and Healthy Homes, who gave an overview of the national landscape on preventing lead poisoning and Lou Petrucci, Assistant Director of the Department of Permit and Inspection Services, City of Buffalo, who gave a progress report of the Lead Action Plan. The evening concluded with a performance of the “Legacy of Lead” by the Ujima Theatre Company.